Our specialist periodontists are fully qualified dentists who specialise in the diagnosis, prevention and treatment of patients with gum disease and the placement of dental implants.

A periodontist has undergone extensive postgraduate training, leading to registration as a Specialist Practitioner. They are qualified to provide a more complex level of care for patients with gum disease and also perform associated surgical procedures and the placement of dental implants.

At Kew Periodontics and Dental Implants we pride ourselves on being among the most respected and sought after periodontists and specialists in Melbourne, providing the highest standard of treatment in a gentle, professional and caring manner.

Please call 03 9853 7700 and one of our friendly treatment coordinators will help you to make an appointment.

Scroll down to learn more about our three highly sought-after periodontists, and discover exactly what they can do for you. 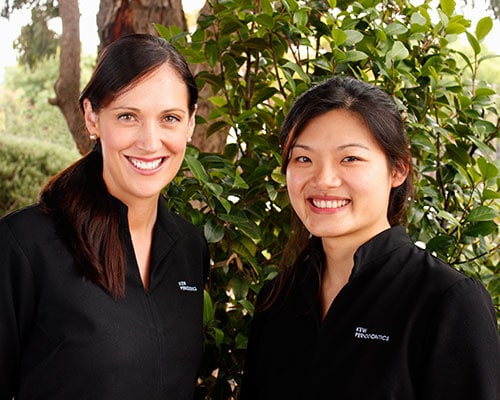 After graduating with honours from The University of Melbourne in 2001, Dr Dean practiced as a general dentist in the private sector in both Victoria and New South Wales for three years. She always had a keen interest in Periodontics and chose to pursue further study in this area.

Dr Dean completed her clinical doctorate in Periodontics at The University of Melbourne in 2007. She also attained her Fellowship of the Royal Australasian College of Dental Surgeons (FRACDS) in the specialist field of Periodontics in 2007.

Since then, she has also completed additional specialist courses in Munich (Germany), Florence (Italy) and Los Angeles (USA) with some of the best periodontists in the world.

Dr Dean practiced as a Periodontist in Cairns for two years before returning to Melbourne. She began practicing at Kew Periodontics in 2011 and became the practice principal in 2012.

Dr Dean is a current member of the Australian Dental Association, Australian Society of Periodontology, Australian and New Zealand Academy of Periodontics and is a member of the International Team for Implantology (ITI). She regularly attends periodontal and implant conferences and enjoys staying up to date with the latest developments in the profession. Dr Dean has also been involved in lecturing and the clinical teaching of undergraduate dental students.

Dr Dean is committed to providing the highest standard of care to her patients. She is particularly focused on ensuring that her patients are comfortable and at ease during their treatment. 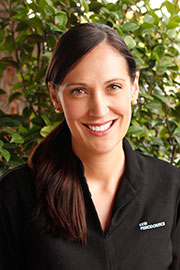 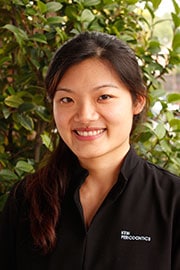 Dr Louise Liu graduated from The University of Melbourne with a Bachelor of Dental Science (Honours) degree in 2008. She began her career by gaining valuable experience as a general dentist in both the public and private sectors. Dr Liu chose to pursue her interest in Periodontics and returned to The University of Melbourne to complete her clinical doctorate in this specialty.

Dr Liu has been an active member of the dental profession, serving on the Australian Dental Association Oral Health Education Committee. She has also been involved in teaching Periodontics to undergraduate dental students at The University of Melbourne.

Dr Liu’s gentle approach and excellent communication skills help ensure that her patients have a full understanding of their treatment needs in a caring environment.

The specialist team here at Kew Periodontics and Dental Implants are proud to provide our patients a welcoming and comfortable environment within our practice. We strive to help patients feel relaxed during their experience with us, as well as confident with the outcomes they achieve.

Our treatment and surgical options are professionally customised to each individual patient.  Our goal is to help patients achieve outcomes that treat the underlying issues and concerns, but also to maintain improved oral health and provide the added confidence that comes with it.

When they receive treatment from our periodontists and specialists, patients can rest assured that they are in professional and experienced hands.  Our friendly team always aim to ensure patients are comfortable during every stage of their experience with us and are happy to answer any questions.

Looking for a Specialist Periodontist in Melbourne?

If you are suffering from a form of gum disease or condition, or believe that you might be, please don’t hesitate to call and speak with one of our team today.

Through the initial consultation with our periodontists and specialist team, Melbourne patients will receive the added peace of mind that comes from taking action and receiving treatment.

Our gentle and caring approach combined with the professional ongoing care and education, is what helps to separate our practice from others across Melbourne.

For all questions and enquiries, simply contact us today.